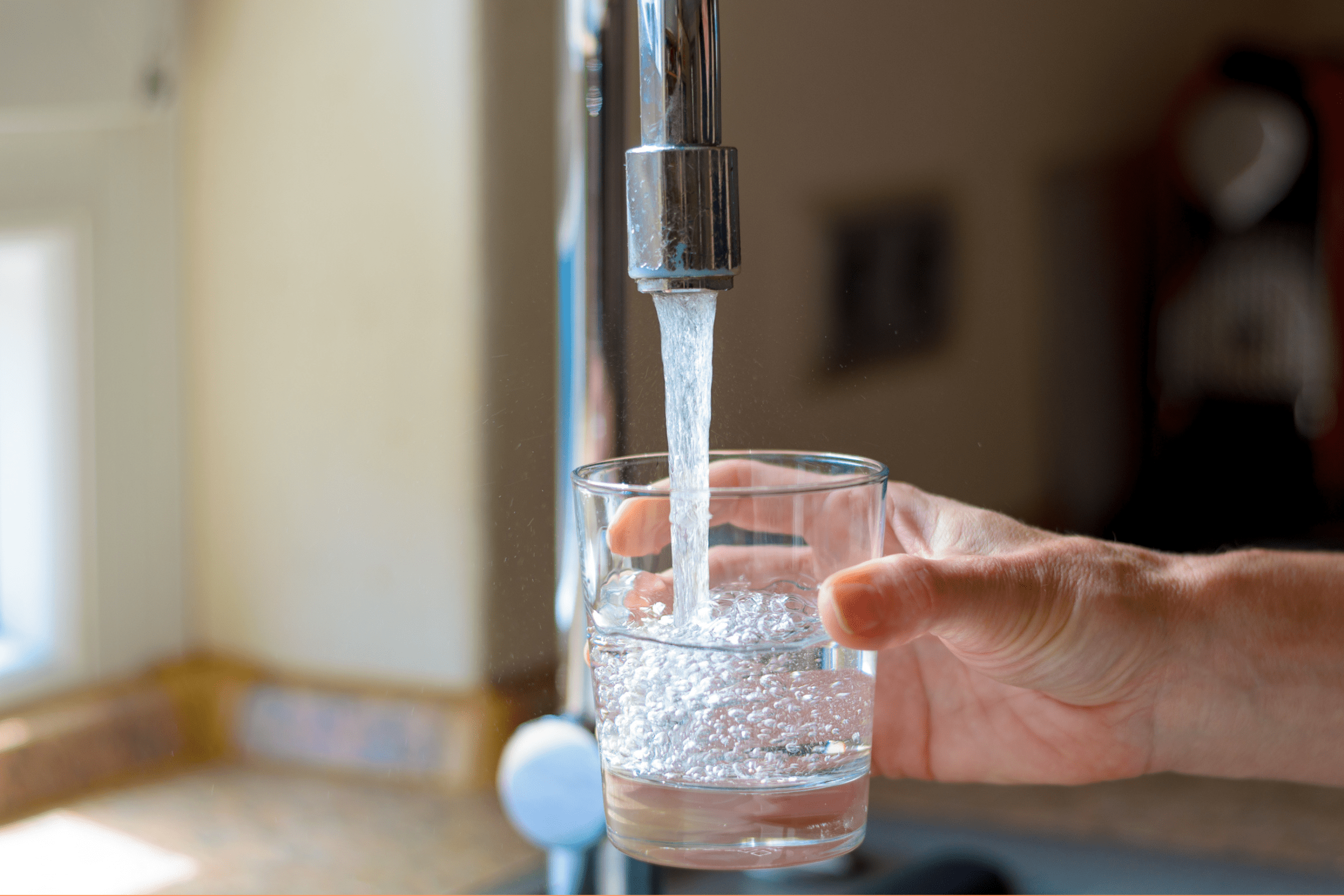 What Is the Purpose of Water Softeners and Water Conditioners?

Both water softeners and water conditioners exist to reduce the effects of hard water. Hard water is water that contains elevated levels of dissolved minerals. These minerals, more specifically, calcium and magnesium, dissolve in water when stored underground in aquifers or other groundwater sources. Hard water can cause several problems to not only plumbing fixtures and water-using appliances, but it can also result in dry skin and hair, rough feeling linens, spotty and cloudy dishes, as well as unsightly stains in sinks, showers, and tubs.

One of the most common issues resulting from hard water is known as scaling. Scaling occurs once minerals within hard water are left behind in plumbing, appliances, and fixtures in the form of mineral deposits. If your home has hard water, you’ll be able to see evidence of scale buildup on faucets and spigots, or surfaces like shower doors. Over time, this scaling has the potential to damage, in some cases beyond repair, things like dishwashers, laundry machines, ice makers, and even entire plumbing systems.

Why Does Texas Have Hard Water?

In Central Texas, our cities and neighborhoods tend to have hard water coming from faucets and fixtures due to where our water is sourced: the Edwards Aquifer. This natural groundwater system is housed in limestone caverns and caves, which contain high amounts of minerals that result in hard water. Over time, these minerals are absorbed into the water supply, which is then distributed to homes and businesses throughout the area.

How Do Water Softeners and Water Conditioners Differ?

With a water softener, you will no longer see evidence of hard water in the form of spotty dishes or unsightly stains in sinks and tubs whatsoever. If your home is using a water conditioner, your dishes, sinks, and tubs still may have spots or stains, but these stains will be easier to wipe away if compared to when you were not using the water conditioner.

These different results can be attributed to the different ways that these two systems operate.

How Do Water Softeners Work?

To explain the functionality of water softeners, we’ll use our water softening system here from Jason’s Water Systems as an example. We’re proud to have one of the most efficient and long-lasting water-softening systems in the United States.

Next, water is passed through a fine mesh resin which catches and eliminates the hard water causing minerals from the water, like calcium and magnesium. This is where you and your family will see the big improvements in your water quality, eliminating things like soap scum, dry and itchy skin and hair, as well as scaling which has the potential to cause lasting damage to fixtures and appliances.

After this process, the hard water-causing minerals will be completely removed from the water, resulting in near-bottled-quality water passing through all of the plumbing, fixtures, and appliances of your home. Softening your water results in better-tasting ice and water, softer linens, and longer-lasting plumbing systems and appliances.

How Do Water Conditioners Work?

Why Would You Want A Water Conditioner Instead of A Water Softener?

One of the main reasons that a homeowner will opt to install a water conditioner instead of a softener is due to local rules and regulations. In the state of California, for example, soft water can’t be released back into the sewer system since salt is used in the regeneration process of water softening. The regeneration process is where the water softener will flush out the minerals it filtered out of hard water so it can easily soften water again as it comes through. In the regeneration process, calcium and magnesium in the water filter are removed with the help of a sodium wash. It should be noted that salt water is never passed through to your actual home plumbing system, but it is drained right into sewage systems.

The misconception of water softeners resulting in salty-tasting water is another reason why some homeowners opt for a water conditioner instead of a softener. The regeneration process of water softeners does not affect the drinking or bathing water supply whatsoever. Your drinking or bathing water will never be passed through the brine tank (which hosts the salt for the regeneration process) and there will not be a salty taste in your water whatsoever after passing through a softener.

Jason’s Water Softeners Do The Work Of 5 Competitor Systems!