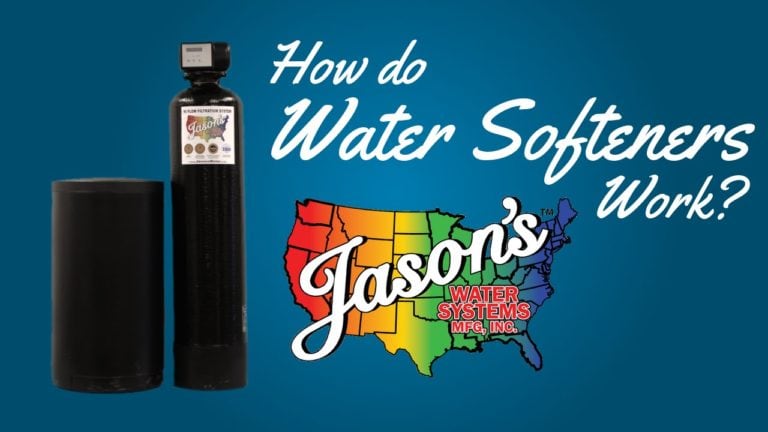 How Do Water Softeners Work?

One of the more interesting facts about a water softener is that the problem is also the solution. The minerals found in hard water aren’t inherently harmful, but a build-up over time is what causes the issue. Water softeners are mechanical appliances, plumbed directly into the water supply system of your home. Water softeners contain two major parts: a mineral tank, and a brine tank.

With the mineral tank, the process known as ion exchange takes place. This mineral tank is filled with small beads made of polystyrene, sometimes also referred to as zeolite or resin. These beads hold a negative ion charge. Calcium and magnesium, two of the minerals found in hard water, carry positive charges. As hard water passes through the mineral tank, those harmful minerals will cling to the beads.

Our mineral tanks feature 3 distinct stages, which makes our water softeners so effective:

Coconut Shell Carbon: First, water passes through our coconut carbon filter which reduces the smell and taste of chlorine, as well as the presence of other toxic chemicals in the water. This is the filtering part of the process.
Fine Mesh Resin: Minerals that cause soap scum are eliminated from the water thanks to the fine mesh resin stage of our tanks. The removal of soap scum allows for healthier hair and skin and also facilitates long-lasting functionality for household appliances. This is the softening stage of the process.

Crushed Garnet Media: Finally, water is passed through crushed garnet media, which eliminates discoloration, as well as turbidity, or cloudiness, from the water. This is the polishing and final part of Jason’s Water Softening process.
‍

The purpose of the brine tank is to store the salt that is going to help create a brine solution, that will periodically run through the water softening system in order to clean it. With the brining process, also referred to as regeneration, the saltwater solution held within the brine tank will run throughout the system, and then refill the brine tank once the clean has been completed. To ensure that the system is able to perform this process correctly, there must always be salt in the brine tank, so homeowners should replace the salt in their system based on the instructions of their water softener technician.

Putting The Process Together

When a water softener is in normal operation, hard water will move into the mineral tank, and harmful calcium and magnesium ions move onto the beads. Sodium ions from the brine tank will then pass into the water. Once the mineral beads have been entirely saturated with magnesium and calcium, the water softening unit will then enter the 3-phase regenerating cycle.

First, the backwash phases reverse the flow of water to flush any dirt and sediment out of the tank.

Finally, once the recharge phase is complete, the brine tank is flushed of excess and refilled with new salt and water solution.

On the other hand, Jason’s top-of-the-line water softener will use a computer to measure how much water has been used. When enough water has home through the softening process, depleting the beads of sodium, this computer will then trigger the regenerating system.

At Jason’s Water Softeners, we provide the highest quality water softening systems in Central Texas and the rest of the country. We use cutting-edge technology in our proprietary water softeners to help homeowners in Texas to soften their water and make the water in their homes more enjoyable, soft, and delicious. To learn more about our water softeners or to schedule a free water test, give us a call or contact us online today.

Want a better visual breakdown of exactly how water softeners work? Check out this video below from Jason himself!